Back to Home
Back to Blog
THE BLOG 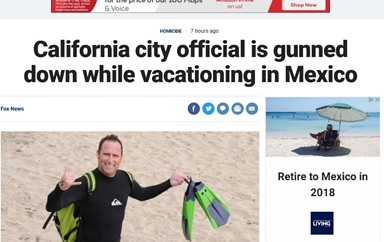 We have all experienced the frustration and disappointment of the realtor’s description versus the in-person reality or finding a great little restaurant in the wrong part of town. The risk-reward question is nothing new and social media is probably not immune. The most prominent difference with social media is the neighborhood changes rapidly, constantly and unpredictably. The ability to engage at unheard of levels has been its selling point since inception, yet it is this very ability that creates the risk. Much is made of the “interaction” with customers, the tremendous data-gathering capabilities, and of course the lower cost. Print media’s decline, viewership of broadcast television continuing to dwindle, increased use of and dependency on mobile devices all make the new media appealing if not mandatory. On the other hand, even the largest of advertisers have scaled back their use of social media and for solid reasons. The inability or unwillingness to protect the advertiser from the reckless commentary, inappropriate environment, false or misleading auditing of measurement metrics have made the social media a potentially damaging “bad neighborhood.” The advances in technology allow large advertisers to, in theory, measure response to such minute details as the colors used, the position of logos, etc. and directly track those responses to purchases which on the surface would appear to create the Holy Grail of advertising – provable ROI. Whether that is true or not remains to be seen. But this seemingly powerful capability has reignited the conflict between research and creativity. It is hard to imagine the placement of a logo or the color of a headline represents what David Ogilvy referred to as a “big idea” without which an ad will “pass like a ship in the night” but the argument goes on. So the assault on creativity is taken up not by the old opponent research but the newest – algorithms. Like that great house or tremendous little restaurant, social media will for a long time to come present agencies and clients the risk/reward conundrum.

Our blog is just beginning so don't get your hopes up quite yet. We will be working to make it a meaningful and productive use of your time. It will be populated with issues, rants, raves, breakthroughs, failures and anything we find interesting, inspiring, educational or maybe just funny. So check back from time to time and let us know if we fall down on the job.